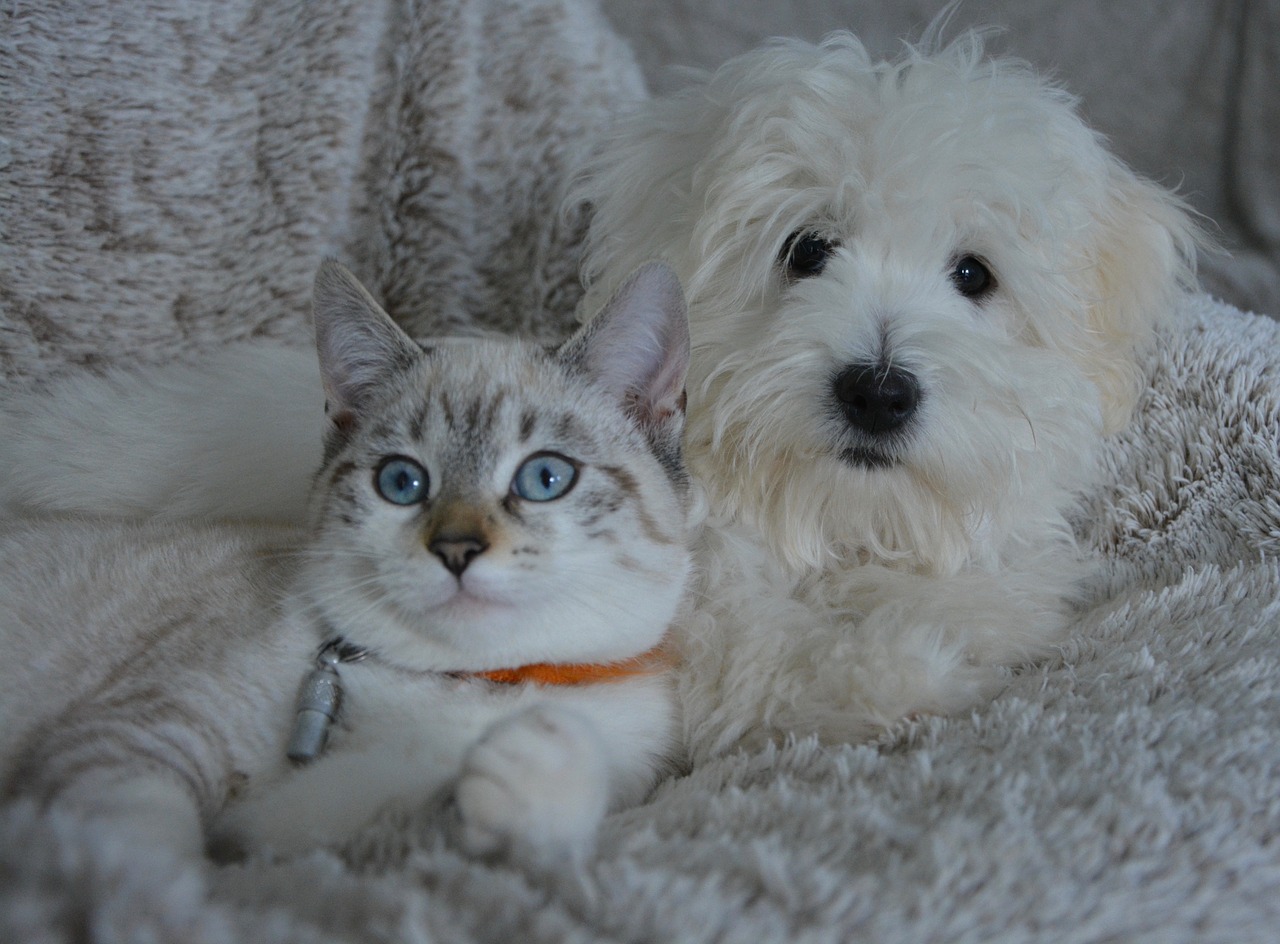 02 Mar Can Dogs And Cats Live Peacefully Under One Roof?

Cat and dogs are known to be domesticated for thousands of years now. Looking back at the history of owning these pets, there really wasn’t anything about how both were owned by just one person or were housed together.

A lot of people believe that cats and dogs should never be put together back then because dogs have a so-called prey drive, which means that they have the tendency to chase smaller animals that flee. And that is one of the instinctive moves of cats.

Another factor could be the language barrier. Dogs and cats have gestures that mean different for each.

A simple hissing or purring can already be misinterpreted by dogs which may find these gestures threatful that could ultimately lead to fights.

However, even if there wasn’t much history about the cohabitation between the two, a lot of pet owners can now attest that cats and dogs can actually live peacefully under one roof. Whether you have a cat and are planning to get a dog or vice versa, that is definitely good news!

Owning a Cat and Dog in the Present

Nowadays, it’s becoming a common occurrence to have both cats and dogs in a single household. This could even be considered as a trend since the internet was filled with videos from pet owners showing how both can actually be best friends, as opposed to the stereotype of the relationship between the two.

When it comes to statistics, cats and dogs are on the second and third spots on the most popular pets in the USA for the year 2017-2018. Only 27% of the pet-owning household own non-canine and feline animals.

Both pets provide a quality of wellness potential to their owners. But even if it seems like owning both are most likely comparable, the main contrast is that cats are not as expensive and time-consuming to take care of.

Even if it’s already safe to say that both can peacefully live under one roof, this will still really depend on the breed of the dog and cat. If you’ve no control of what breed you can get, then training both of them to cohabit is the best you can do.

Before introducing a dog and a cat to each other, it’s your responsibility to make sure that they have their own spaces and things like water and food bowls. Ensuring this will allow both of them to have their time off from each other. This is needed for their relationship to not feel forced.

Some multi-pet owners do not immediately introduce their new pet to their cat or dog. This is especially if the dog is who’s new in the house. It’s best to train the dog the follow your commands first. This makes

it easier for you to control the dog when you need to once it meets your cat.

It may take 2-3 weeks for your cat and dog to get accustomed to each other, and the first meeting of the two is very crucial. You need to make sure that they are in a controlled environment because if ever they get into a fight, it will be easy for you to get them out it.

It’s advisable to have your dog collared or leashed as dogs have more tendency to attack.

For your cat, it’s best to check on its mood before the introduction. Make sure it is calm and well-prepared.

Other Things to Keep in Mind

It’s important for you to know that it’s not always going to be a successful story. After all, cats and dogs have their own experiences and personalities. It could be hard for either of them to get accustomed to the other if your cat had a bad encounter with a dog in the past or vice versa.

Some dog breeds that could be friendly with cats would be Beagles, Golden Retrievers, Labrador Retrievers, and Pugs. If it’s a dog that you are planning to add in the family, it’s best to veer away from dogs that have strong hunting preys like Manchester Terriers, Whippets, and Afghan Hounds.

Grooming both is also important. Having multi-pets means your household is more prone to parasites.

Scheduling them for vet appointments would do nothing but good. Their health, just like how it is in humans, can affect their overall mood. So if you want both of them to remain social, you need to maintain their good health.

Sorry, the comment form is closed at this time.